Skip to content
Have a questions? Email us at thehockeyfamily@hotmail.com 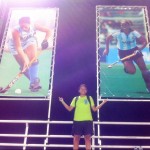 It’s been almost three years now since arguably the greatest player of all time Luciana Aymar graced the international hockey field. Players all over the world have cited her as being inspirational in the pursuit of their own careers, and her abilities have seen her compared to legend Diego Maradona. END_OF_DOCUMENT_TOKEN_TO_BE_REPLACED

The World League semi-finals were one the most important tournaments for women’s hockey this year because it meant there were places for the World Cup next year in London and for the World League finals in New Zealand at the end of this year up for grabs. In Johannesburg, although END_OF_DOCUMENT_TOKEN_TO_BE_REPLACED

2016 was a year full of ups and downs for Las Leonas (the Argentine Women’s hockey team). The stellar performance they showed in the Champions Trophy in June, where they became the only team to have won the trophy seven times, was followed six weeks later by the Olympics In END_OF_DOCUMENT_TOKEN_TO_BE_REPLACED